Listen to this blog or subscribe to my podcast

The warm aroma of the last two 'Thai Paus' from the old man bearing goodies from Tiretti Bazaar and the legacy of the far east is an undeniably nice way to begin the day.
Two large Thai Paus filled with the heady and familiar morning mix of spring onions joined with the Chicken and hard boiled egg looked, smelt and invited devouring for breakfast.

To set the context---a little digression ...

China is not a country of rice (and noodles) it seems. The regions that predominantly grow wheat have a tradition of making Mantou 饅頭. Steamed, bread and bun seem antithetical since I've always had 'baked' associated with bun/bread in my head. Chinese think and do otherwise :) Happily, they brought it with them and made it an integral part of many of my mornings as I grew up in Kolkata.

চিনা পাড়া or China Town... A space in my morning memories filled with the aromas of meat and fish ball soup, followed by bamboo and prawn dumplings and of course... Paus. That's what mantous are called here. 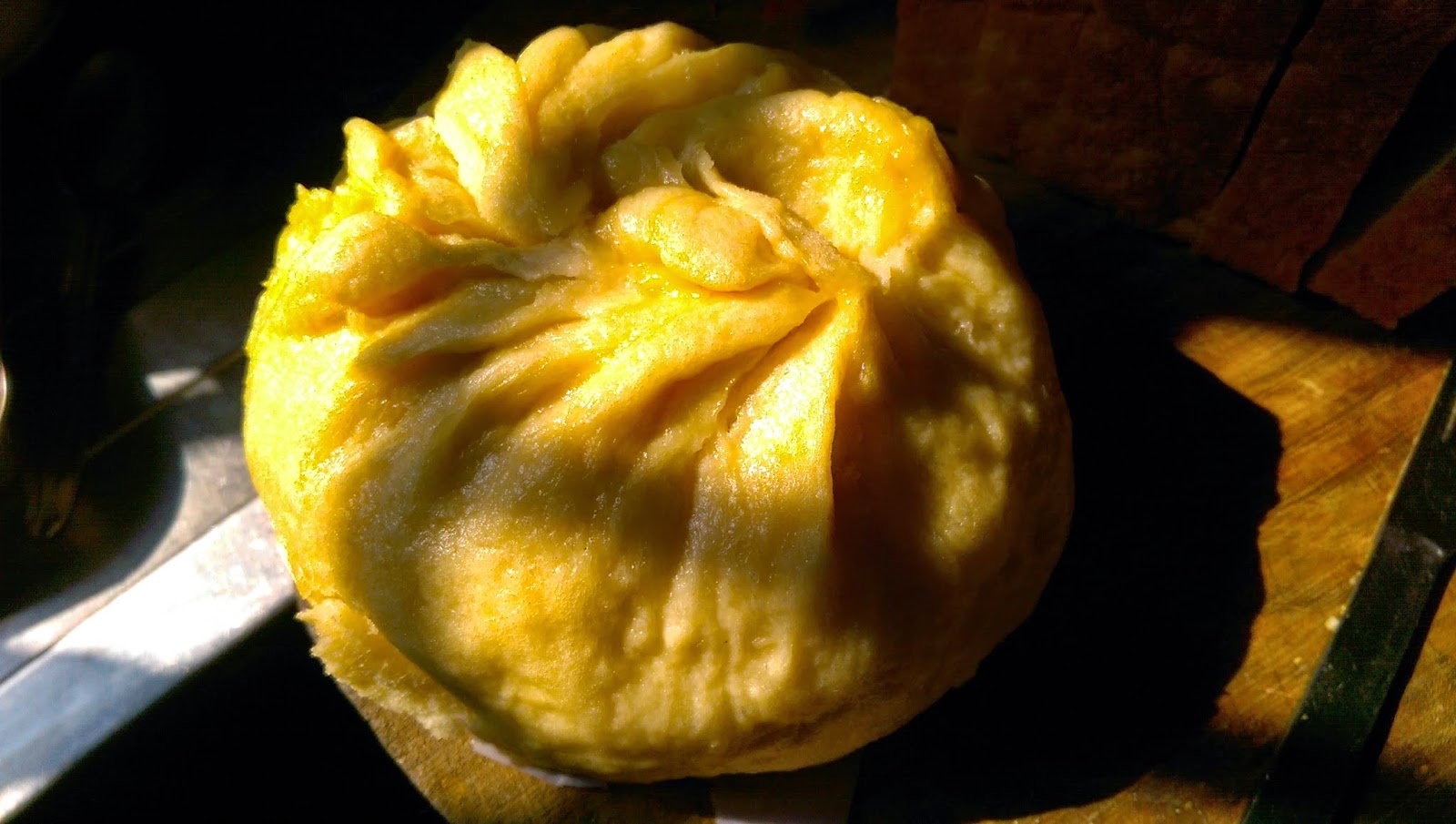 The Thai variation is called... Well... Thai Pau. Pretty close to what Wikipedia declares as "salapao" . Instead of the Chinese sweet red pork bits, this one is much larger and is stuffed with a concoction of chicken cooked with green onions and hard boiled eggs. 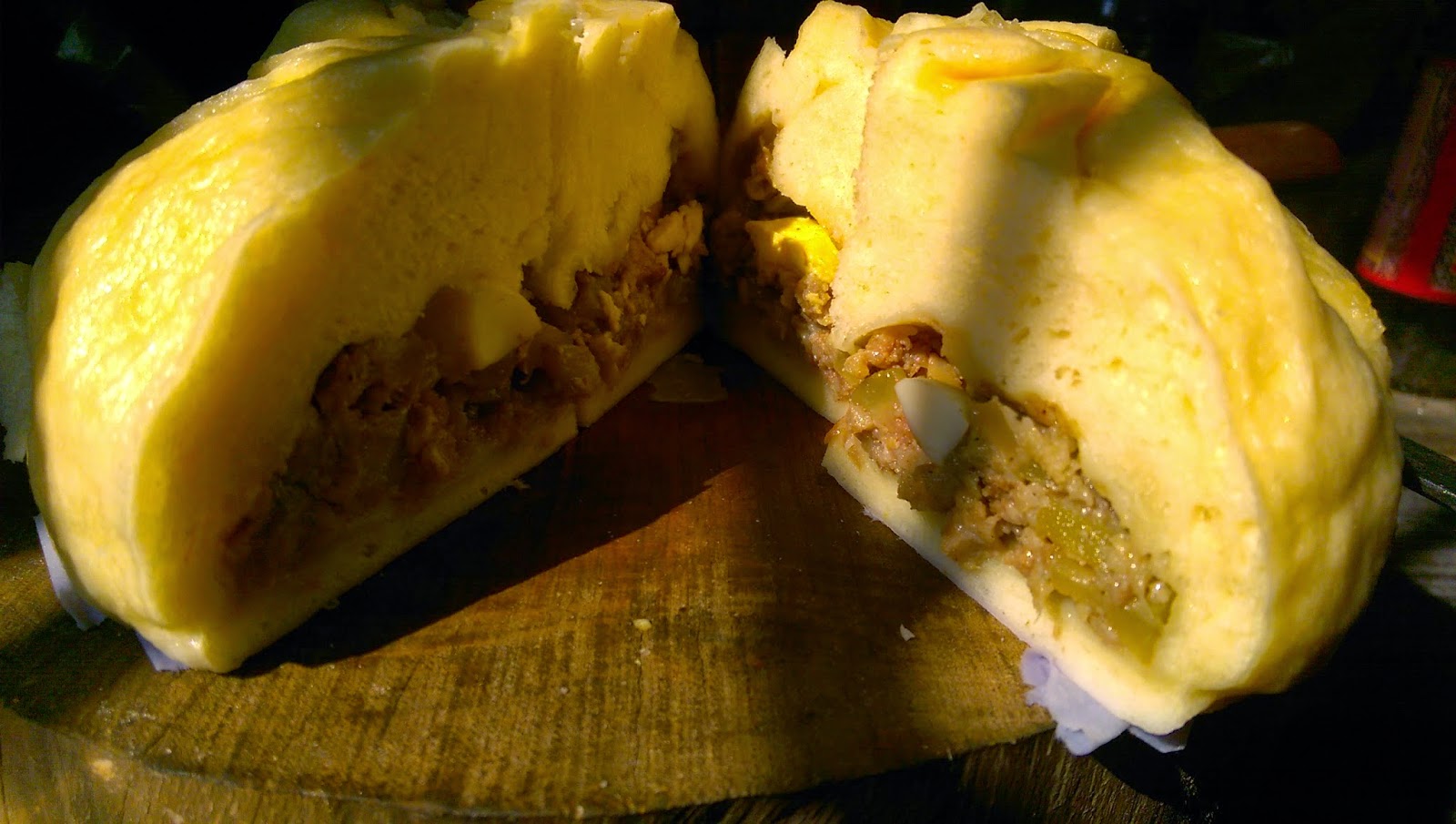 (Aside--The province of Shanxi (山西) is where Mantou is supposedly called is often called momo (饃饃)!)

Baba and I went to Chandni Chowk for some work and I smelt the irresistible aroma of the roadside dal bora. Now these are crisp little bits of rough ground dal with spices, condiments, and flecks of aromatic green chillies providing a hint of heat, flash fried in a kadai before a sprinkle of rock salt gets you to salivate...


Work done we headed towards New Market aka the Stewart Hogg Market for some kati rolls. Now, this is one place where one could do a heritage walk for food. Many who grew up in Kolkata will have nostalgic memories.

Aminia opened extension counters or franchisee outlets in the south of Kolkata and eventually elsewhere years back. However, the original outlet still draws the hordes... Primarily for the Biriyani and Chap

Nizam's claims to be the 'inventor of the Kolkata Kati roll'... Alas, with changing audience, they have turned a "No Beef" restaurant...
The iconic Chaplin too has now been razed to make way for the new and glitzy.

We wanted some beek kati rolls, so we walked in to the UP Bihar Restaurant. This is reminiscent of the Nizam of the days gone by. In the taste, the selection on the menu, ambience, and surprisingly... price... 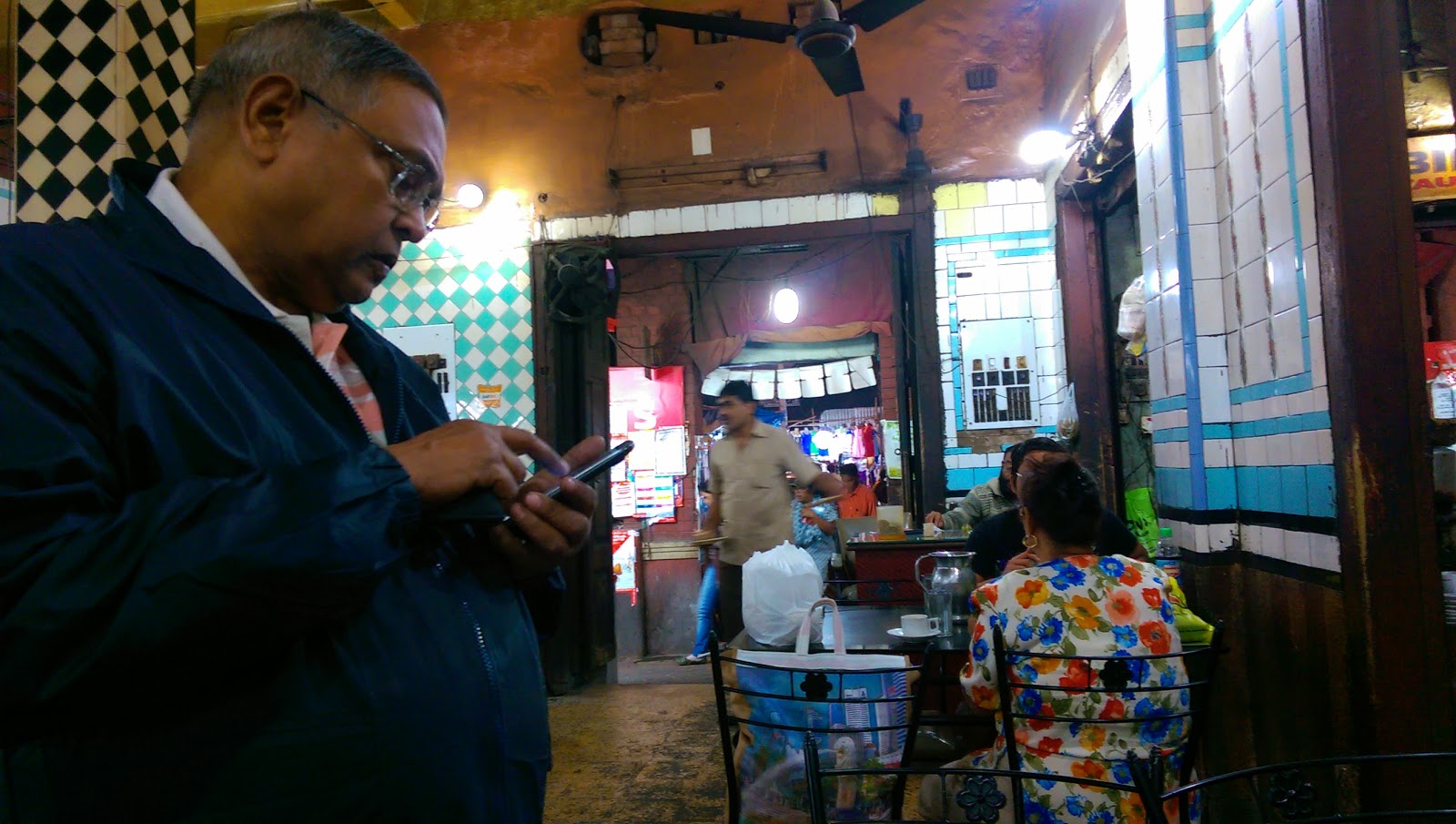 The paratha of Nizam and the surrounding shops are different from the ones that one gets elsewhere. The texture is different. Flaky and crisp on the surface from the searing charcoal fired inch thick steel tawa and well cooked soft dough between.
The kababs are still cooked over charcoal on bamboo skewers.
It is an interesting assimilation of influences... oriental (bamboo skewers), spices (arabic, south east asia, and Indian sub continental), and cooking methods (mongol and eurasian).

What I like in these rolls is the lack of sauce. The horrible fake tomato and lurid chilly sauce successfully drowns most flavours that the simple onion shreds and dash of lemon evokes and compliments in the rolls found in New Market. 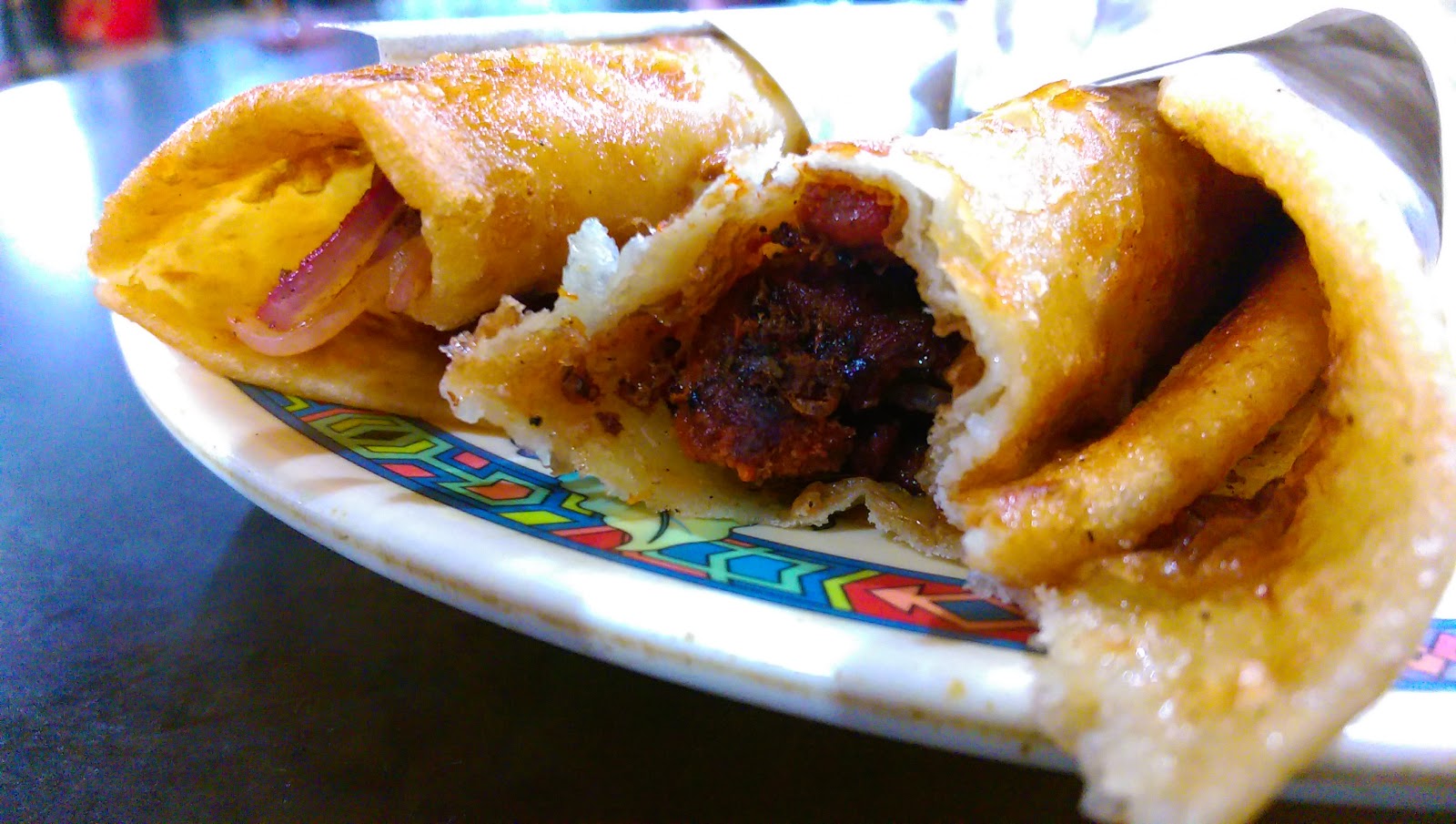 And of course the meal ended with a palate cleansing cup of tea. 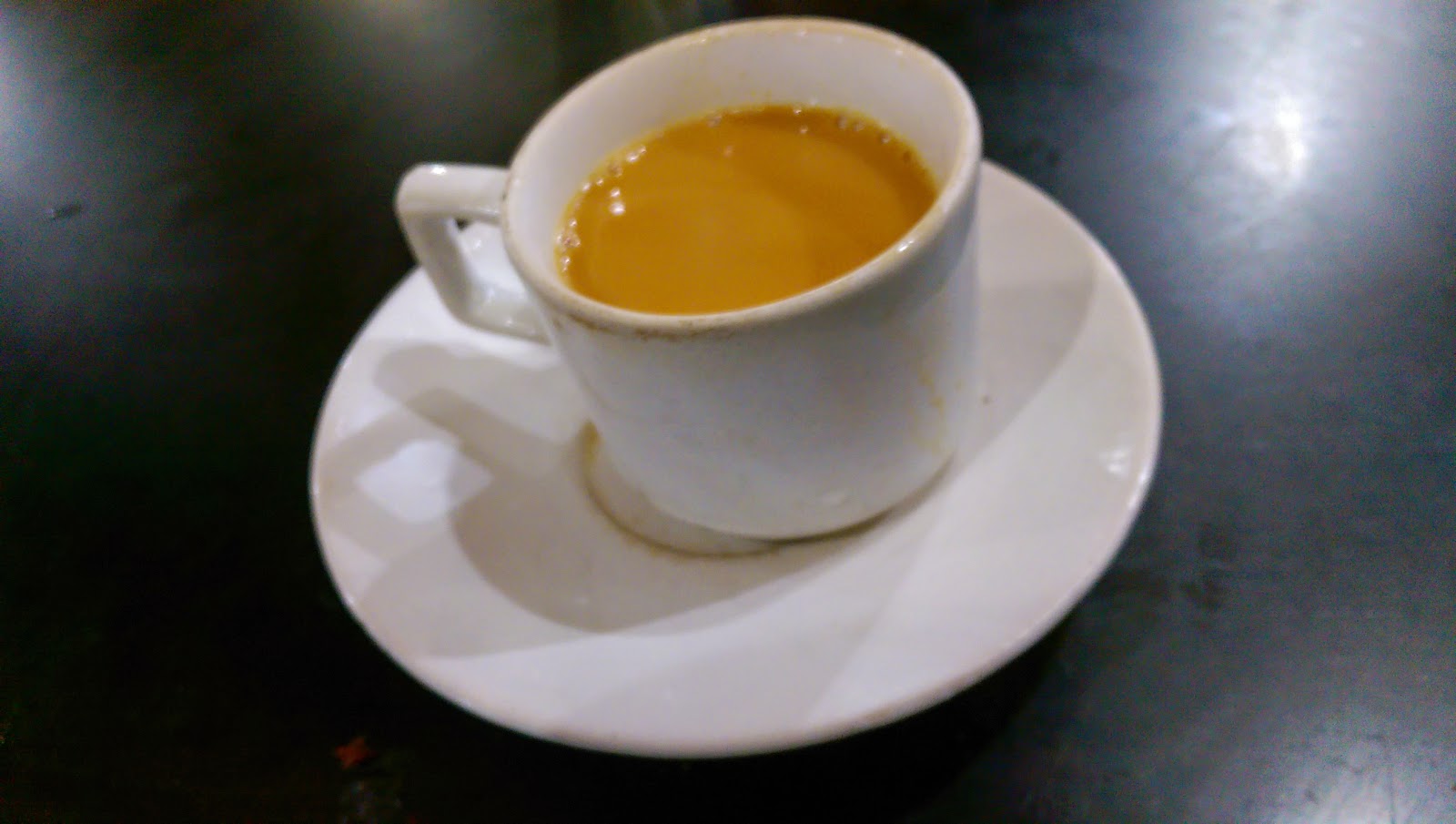 A meandering walk through the spice section of New Market took us towards Park Street. 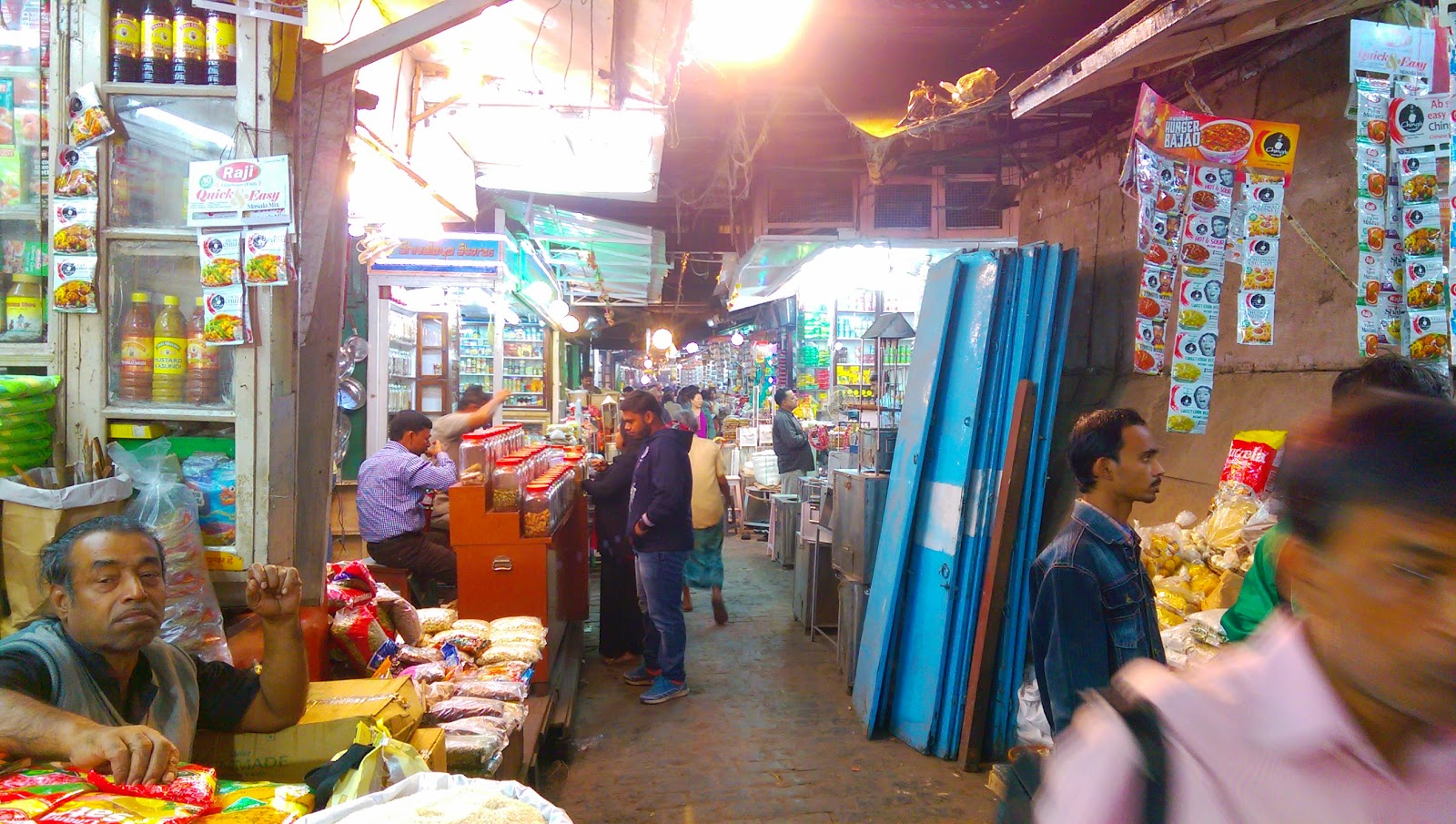 Next it was time for some nice tea at the Cha Bar in Oxford Book store. I ordered dragon ball tea for myself...

And Kashmiri Kehwa for Baba..
I love Cha Bar for the tea pots they use and display. The beautiful tea ware is a refreshing change from the self same ceramic and despicable plastic that one is served in. 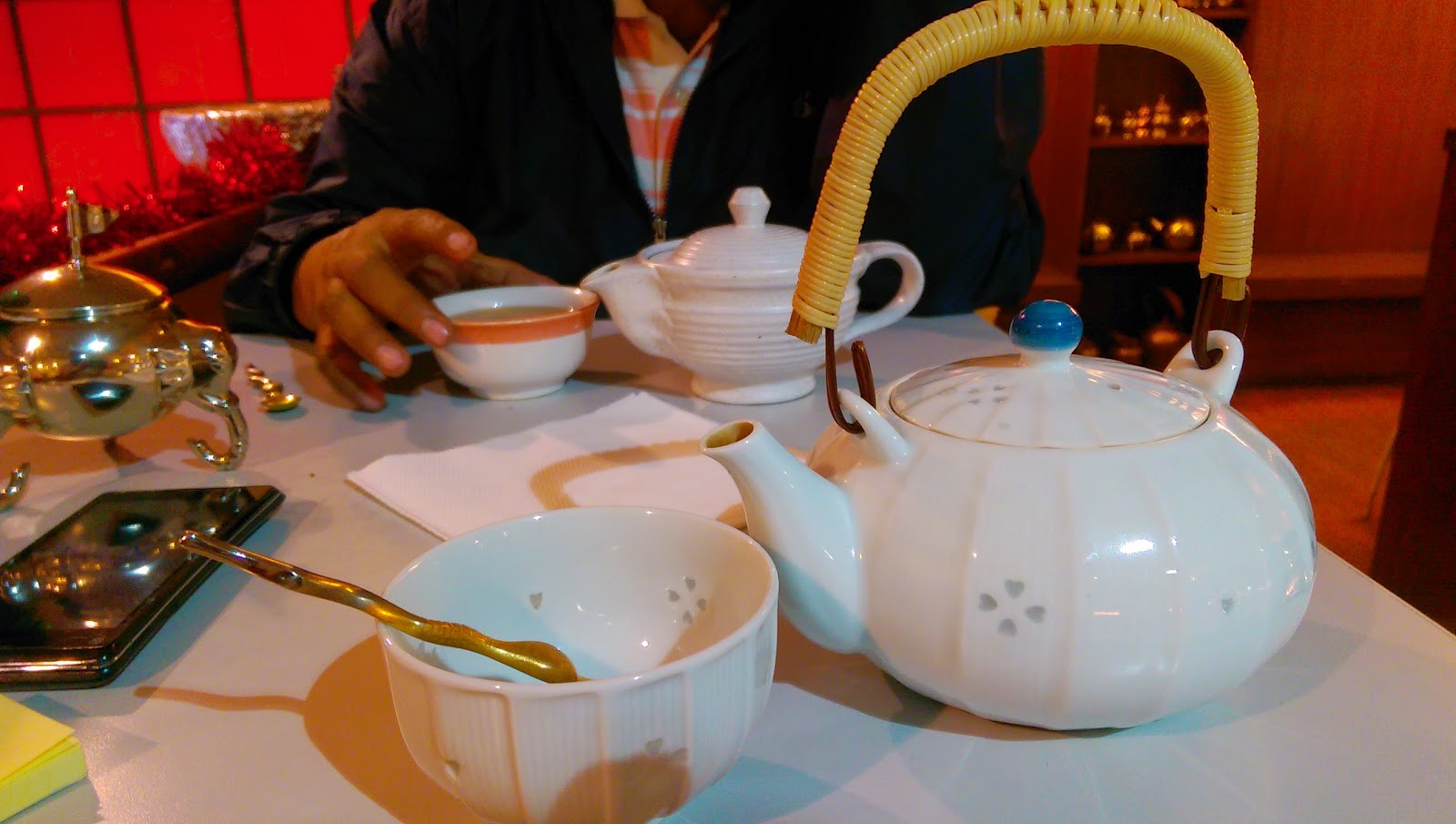 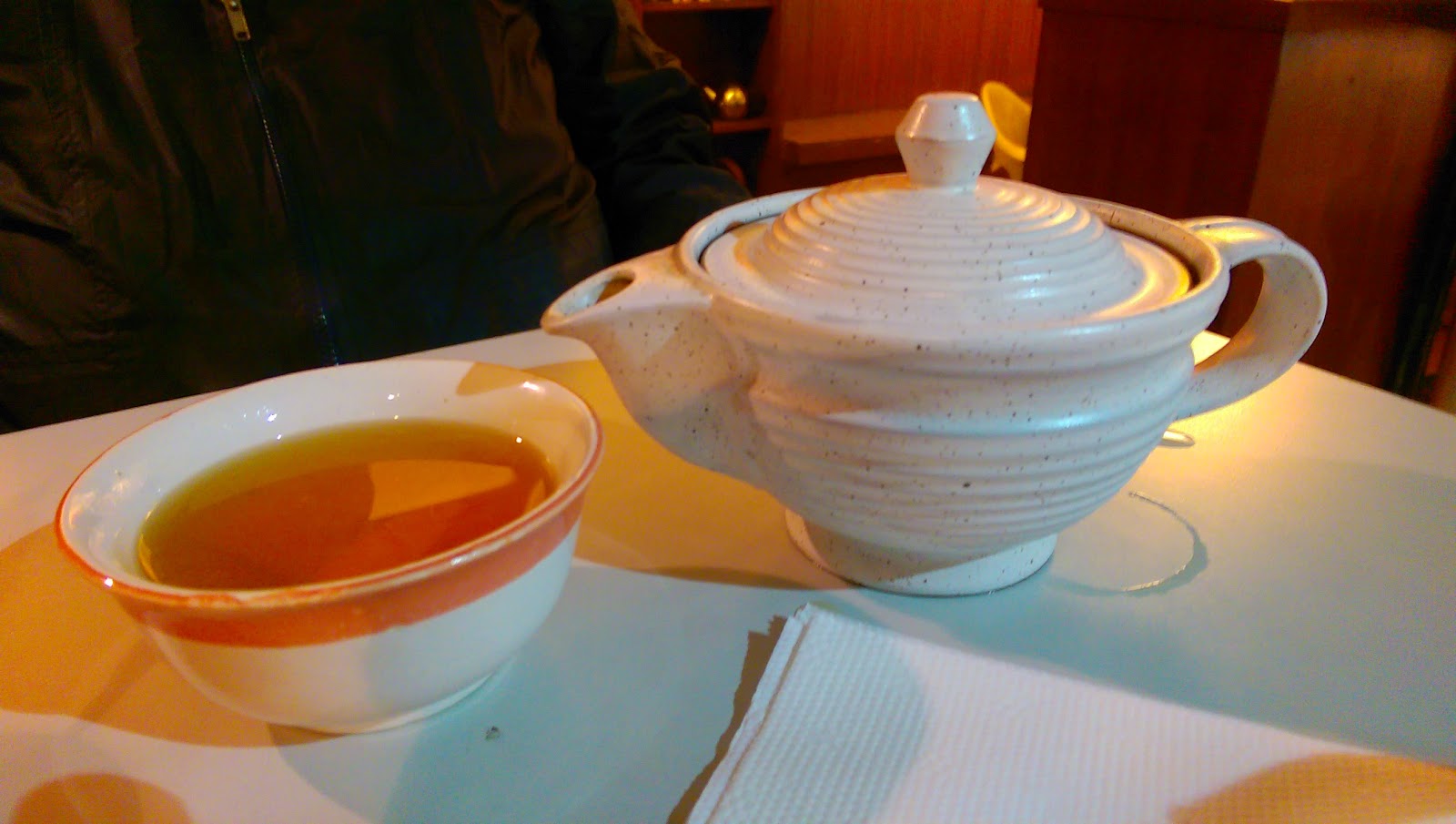 Tea done we decided to have a light dinner. So, I gravitated towards a roadside stall selling momos. This I had not tried in this trip and I wanted to bench mark the momos with the ones from Delhi.

The interesting bit about the Kolkata Momo is the teeny little bowl of chicken broth that is served gratis with the momo .

That done it was time to head home and prepare for the next day ahead.

Posted by Ignatius Nayan D'Rozario at 10:01 am